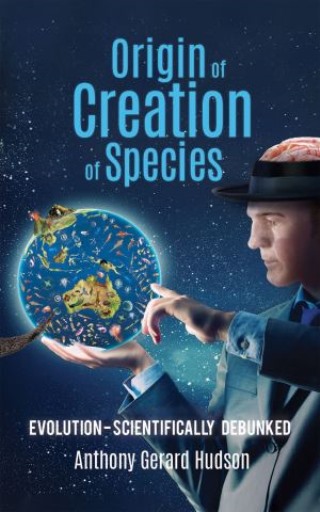 Origin of Creation of Species

'Creation' did not come together with any religion or belief; however, it is the Creator who is the catalyst for the existence of all known things, both molecular and non-molecular.

Anthony Gerard Hudson: Born in Sydney, Australia, I began my entrepreneurial skills at the early age of 5 years. I became a businessman, eventually attending Brisbane University at St Lucia for BA Major Psychology. I took leave from the campus nearing the end of the third year and deferred, and continued my research as a scientific investigator without an institution. I became a real estate developer, LREA and auctioneer.
Now, after several decades of research within 'microbiological neuroscience', a recent microbiological discovery of nanoscopic proportions has provided scientific and mathematical description defining the biological process, confirming evidence of 'step-by-step creation', meanwhile obliterating suppositions of one species of creature becoming another separate species over any period of time.
I am the author/writer of this most enlightening educational transcript, which will present what was previously opaque, and scientifically clarify our very existence, both the living and the 'dead'. This book covers a second discovery which will also scientifically define our exit from the body, what will occur during the process of our 'death' and what does actually remain. Therefore, please be prepared to digest this potential life-altering content. * -- Anthony Gerard Hudson