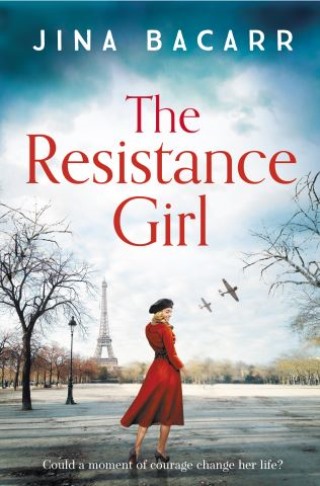 A heartbreaking historical story of secrets and war

Sylvie Martone is the star of French cinema, and adored by fans. But as Nazi officers swarm the streets of Paris, she is spotted arm in arm with an SS Officer and her fellow Parisians begin to turn against her.

However Sylvie has a secret - one she must protect with her life.

Juliana Chastain doesn't know anything about her family history. While her mother was alive she remained very secretive about her past.

So when Juliana discovers a photograph of a glamorous French actress from World War Two amongst her mother's possessions, she is in shock to find herself looking at her grandmother - especailly as she is arm in arm with a Nazi Officer...

Desperate for answers, Juliana is determined to trace the journey of her grandmother. Surely there is more to the photograph than meets the eye?

But as she delves into Sylvie's past, nothing can prepare Juliane for the tales of secrets, betrayal and sacrifice which she will uncover.

A heart-wrenching story of love and war, perfect for fans of Pam Jenoff and Suzanne Goldring.

Jina Bacarr: Jina Bacarr is a US-based historical romance author of over 10 previous books. She has been a screenwriter, journalist and news reporter, but now writes full-time and lives in LA. Jina’s novels have been sold in 9 territories.