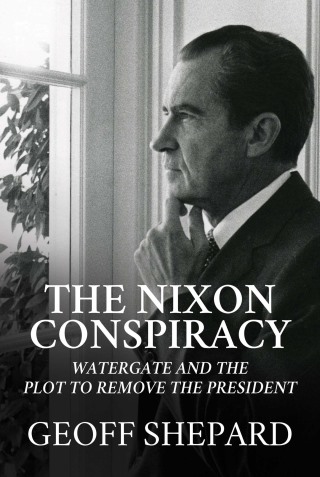 Watergate and the Plot to Remove the President

Geoff Shepard had a ringside seat to the unfolding Watergate debacle. As the youngest lawyer on Richard Nixon’s staff, he personally transcribed the Oval Office tape in which Nixon appeared to authorize getting the CIA to interfere with the ongoing FBI investigation, and even coined the phrase “the smoking gun.” Like many others, the idealistic Shepard was deeply disappointed in the president. But as time went on, the meticulous lawyer was nagged by the persistent sense that something wasn’t right with the case against Nixon.

The Nixon Conspiracy is a detailed and definitive account of the Watergate prosecutors’ internal documents uncovered after years of painstaking research in previously sealed archives. Shepard reveals the untold story of how a flawed but honorable president was needlessly brought down by a corrupt, deep state, big media alliance—a circumstance that looks all too familiar today. In this hard-hitting exposé, Shepard reveals the real smoking gun: the prosecutors’ secret, but erroneous, “Road Map” which caused grand jurors to name Nixon a co-conspirator in the Watergate cover-up and the House Judiciary Committee to adopt its primary Article of Impeachment.

Shepard’s startling conclusion is that Nixon didn’t actually have to resign. The proof of his good faith is right there on the tapes. Instead, he should have taken his case to a Senate impeachment trial—where, if everything we know now had come out—he would easily have won.

Geoff Shepard: Geoff Shepard graduated from Whittier College and Harvard Law School and served for five years on the Nixon White House staff, rising to associate director of the Domestic Council. He also served as deputy counsel on Nixon’s Watergate defense team. Shepard is the author of two previous books on political corruption and scandal. He and his wife live near Philadelphia.