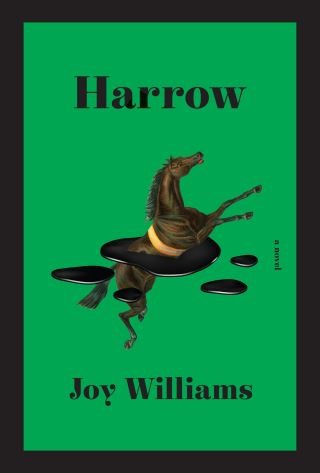 In her first novel since the Pulitzer Prize–nominated The Quick and the Dead, the legendary writer takes us into an uncertain landscape after an environmental apocalypse, a world in which only the man-made has value, but some still wish to salvage the authentic.

"She practices ... camouflage, except that instead of adapting to its environment, Williams’s imagination, by remaining true to itself, reveals new colorations in the ecology around her.” —A.O. Scott, The New York Times Book Review

Khristen is a teenager who, her mother believes, was marked by greatness as a baby when she died for a moment and then came back to life. After Khristen’s failing boarding school for gifted teens closes its doors, and she finds that her mother has disappeared, she ranges across the dead landscape and washes up at a “resort” on the shores of a mysterious, putrid lake the elderly residents there call “Big Girl.”

In a rotting honeycomb of rooms, these old ones plot actions to punish corporations and people they consider culpable in the destruction of the final scraps of nature’s beauty. What will Khristen and Jeffrey, the precocious ten-year-old boy she meets there, learn from this “gabby seditious lot, in the worst of health but with kamikaze hearts, an army of the aged and ill, determined to refresh, through crackpot violence, a plundered earth”?

Rivetingly strange and beautiful, and delivered with Williams’s searing, deadpan wit, Harrow is their intertwined tale of paradise lost and of their reasons—against all reasonableness—to try and recover something of it.

Joy Williams: JOY WILLIAMS is the author of four previous novels--including The Quick and the Dead, a runner-up for the Pulitzer Prize--and four collections of stories, as well as Ill Nature, a book of essays that was a finalist for the National Book Critics Circle Award. Among her many honors are the Rea Award for the Short Story and the Strauss Living Award from the American Academy of Arts and Letters. She was elected to the Academy in 2008. She lives in Tucson, Arizona, and Laramie, Wyoming.