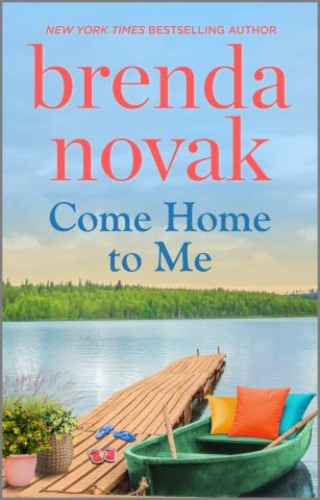 Come Home to Me

Home is where her heart is

When Presley Christensen returns to Whiskey Creek with her little boy after two years away, she has completely changed her life. She's made peace with her past and overcome the negative behavior that resulted from her difficult childhood. Now she's back in the small town that was the closest thing to "home" she ever knew—the town where she can be with the sister who's her only family.

There's just one catch. Aaron Amos still lives in Whiskey Creek, at least until he moves to Reno to open a branch of the Amos brothers' auto body shop. And no matter how hard she's tried, Presley hasn't been able to get over him. Seeing him again makes the longing so much worse. But she hopes she can get through the next few months, because she can't fall back into his arms…or his bed. She's come too far to backslide now. And there's a secret she's been guarding—a secret she'll do anything to protect.

Brenda Novak: New York Times bestselling author Brenda Novak has written over 60 novels. An eight-time Rita nominee, she's won The National Reader's Choice, The Bookseller's Best and other awards. She runs Brenda Novak for the Cure, a charity that has raised more than $2.5 million for diabetes research (her youngest son has this disease). She considers herself lucky to be a mother of five and married to the love of her life. www.brendanovak.com