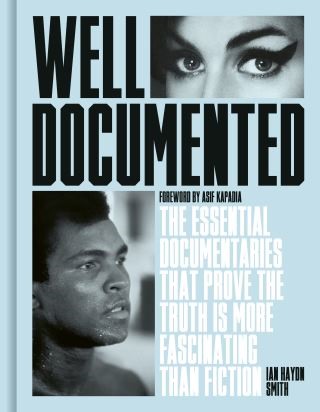 This fascinating book from veteran film journalist Ian Haydn Smith, with a foreword from award-winning director Asif Kapadia, explores 100 of the most compelling documentaries, each with the power to radically change our perceptions and challenge the way we see the world.

Every so often a documentary comes along with the power to change the way you think, to share alternative perspectives, to make you furious about injustice or warm your heart.

Contained in this book are documentaries that fulfil these criteria and astound viewers around the world; real-life stories to stop you in your tracks, bring tears to your eyes and put your heart in your mouth.

From Barbara Kopple's Oscar-winning gritty depiction of working class America in Harlan County, USA to James Marsh's breathtaking Man on Wire, from powerful sporting tales such as Touching the Void to stories of true crimes and their repercussions such as Making a Murderer, this book delves deep into how these films were made, what makes them great, and also what other films you might like if you loved these ones.

From Oscar winners to unseen gems from the Netflix vaults, international filmmakers to true crime, sport and culture stories, every documentary featured will make you think,make you feel and make you tell people, “You NEED to see this film.”

Veteran film journalist Ian Haydn Smith writes with passion and knowledge about these masterpieces, and illustrations bring these films off the page. A foreword from BAFTA and Grammy-winning director Asif Kapadia helps situate this book as one of the invaluable works on cinema today.

Ian Haydn Smith: Ian Haydn Smith is a UK-based writer and editor. As a journalist he has written on film and the arts for numerous media outlets, both print and broadcast. From 2007 to 2012 he was editor of International Film Guide. He has spoken at film festivals and cultural events around the world, both as a critic and as a representative of the British Council. He has interviewed a variety of filmmakers and artists, including Ralph Fiennes, Clint Eastwood, Isabelle Huppert, Alan Bennett, Ang Lee, Agnès Varda, Terry Gilliam and Anton Corbijn. Recent publications include FilmQuake, Selling the Movie, and editing the updated edition of 1001 Movies to See Before You Die. He lives in London.