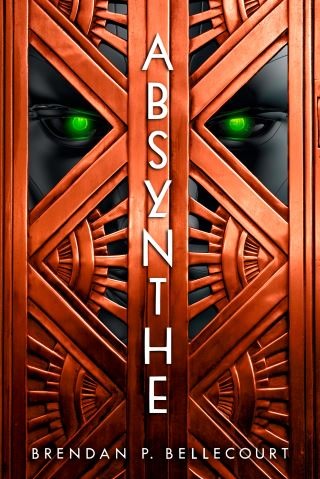 In his sci-fi debut, Bellecourt explores an alternate roaring 20s where a shell-shocked soldier must uncover latent telepathic abilities to save himself and the people around him.

Liam Mulcahey, a reclusive, shell-shocked veteran, remembers little of the Great War. Ten years later, when he is caught in a brutal attack on a Chicago speakeasy, Liam is saved by Grace, an alluring heiress who's able to cast illusions. Though the attack appears to have been committed by the hated Uprising, Grace believes it was orchestrated by Leland De Pere--Liam's former commander and the current President of the United States.

Meeting Grace unearths long-buried memories. Liam's former squad, the Devil's Henchmen, was given a serum to allow telepathic communication, transforming them into a unified killing machine. With Grace's help, Liam begins to regain his abilities, but when De Pere learns of it, he orders his militia to eliminate Liam at any cost.

But Liam's abilities are expanding quickly. When Liam turns the tables and digs deeper into De Pere's plans, he discovers a terrible secret. The same experiment that granted Liam's abilities was bent toward darker purposes. Liam must navigate both his enemies and supposed allies to stop the President's nefarious plans before they're unleashed on the world. And Grace is hiding secrets of her own, secrets that could prove every bit as dangerous as the President's.

Brendan P. Bellecourt: Brendan Bellecourt was raised in the cold climes of rural Wisconsin, where he lives still with his family and trio of cats. His love of science fiction was sparked early by Frank Herbert’s Dune and C. J. Cherryh’s Faded Sun Trilogy. Later influences include Robert Charles Wilson, Ted Chiang, and China Miéville. His favorite stories are those with flawed protagonists who are deeply affected by, and later come to influence, some jaw-dropping, world-altering change.