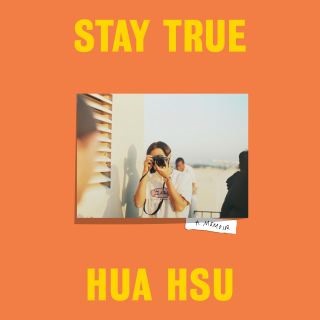 From the New Yorker staff writer Hua Hsu, a gripping memoir on friendship, grief, the search for self, and the solace that can be found through art.

“This book is exquisite and excruciating and I will be thinking about it for years and years to come.” —Rachel Kushner, two-time National Book Award finalist and New York Times bestselling author of The Flamethrowers and The Mars Room

In the eyes of eighteen-year-old Hua Hsu, the problem with Ken—with his passion for Dave Matthews, Abercrombie & Fitch, and his fraternity—is that he is exactly like everyone else. Ken, whose Japanese American family has been in the United States for generations, is mainstream; for Hua, the son of Taiwanese immigrants, who makes ’zines and haunts Bay Area record shops, Ken represents all that he defines himself in opposition to. The only thing Hua and Ken have in common is that, however they engage with it, American culture doesn’t seem to have a place for either of them.

But despite his first impressions, Hua and Ken become friends, a friendship built on late-night conversations over cigarettes, long drives along the California coast, and the successes and humiliations of everyday college life. And then violently, senselessly, Ken is gone, killed in a carjacking, not even three years after the day they first meet.

Determined to hold on to all that was left of one of his closest friends—his memories—Hua turned to writing. Stay True is the book he’s been working on ever since. A coming-of-age story that details both the ordinary and extraordinary, Stay True is a bracing memoir about growing up, and about moving through the world in search of meaning and belonging.

Hua Hsu: HUA HSU is a staff writer at The New Yorker and a professor of Literature at Bard College. Hsu serves on the executive board of the Asian American Writers’ Workshop. He was formerly a fellow at the New America Foundation and the Dorothy and Lewis B. Cullman Center at the New York Public Library. He lives in Brooklyn, New York with his family.