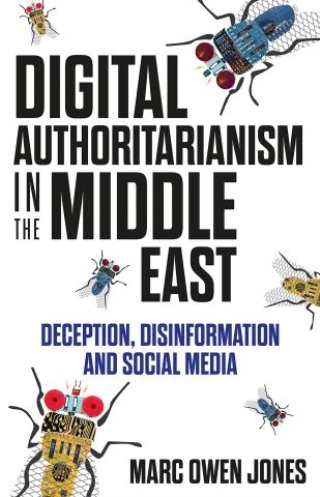 Digital Authoritarianism in the Middle East

You are being lied to by people who don’t even exist.

Digital deception is the new face of information warfare. Social media has been weaponised by states and commercial entities alike, as bots and trolls proliferate and users are left to navigate an infodemic of fake news and disinformation. In the Persian Gulf and the wider Middle East, where authoritarian regimes continue to innovate and adapt in the face of changing technology, online deception has reached new levels of audacity.

From pro-Saudi entities that manipulate the tweets of the US president, to the activities of fake journalists and Western PR companies that whitewash human rights abuses, Marc Owen Jones’ meticulous investigative research uncovers the full gamut of tactics used by Gulf regimes and their allies to deceive domestic and international audiences. In an age of global deception, this book charts the lengths bad actors will go to when seeking to impose their ideology and views on citizens around the world.

Marc Owen Jones: Marc Owen Jones is Assistant Professor of Middle East Studies at Hamad bin Khalifa University, Qatar, where he researches disinformation and digital media. He holds a PhD in Government and International Affairs from Durham University and has published extensively on Gulf politics and media.