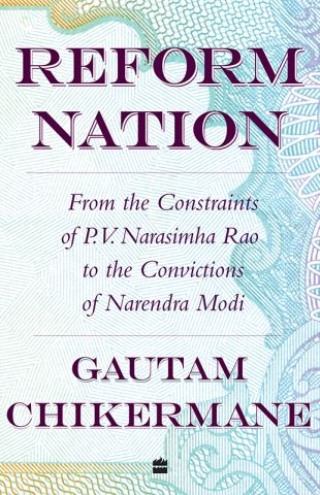 On 24 July 2021, India completed three decades of continuing economic reforms. From P.V. Narasimha Rao to Narendra Modi, this period has seen six successive governments under five Prime Ministers across nine terms, all of whom have added to and collectively transformed the country. They have shifted the political narrative from coercive controls to economic freedom.

This book tracks India's economic journey that got a reboot on 24 July 1991 with the unveiling of the Statement on Industrial Policy 1991 and the Union Budget 1991, and celebrates the path of India as the world's sixth-largest economy, with all indicators pointing to it becoming the world's third-largest within this decade. It captures and analyses each aspect of this journey, the constraints and convictions of each government as it treaded the challenging path of reforms.

Gautam Chikermane is vicepresident at Observer Research Foundation (ORF). His areas of research areeconomics, politics, foreign policy and the Mahabharata. Earlier, he has heldleadership positions in some of India's top newspapers and magazines, includingHindustan Times, The Indian Express and The Financial Express.