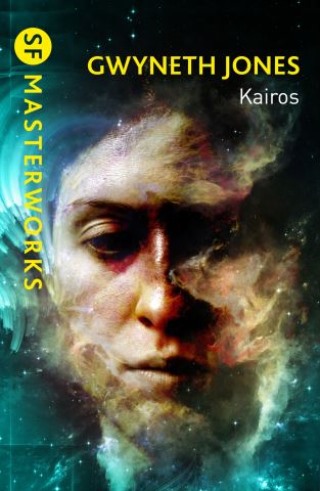 London. Early 21st Century. A Conservative government is in power in the UK, bringing increased wealth disparity, an ever-more militant police state, and rising civil discontent as the wealthy govern for themselves rather than the people.

But BREAKTHRU - a pharmaceutical company turned religious cult - have the answer. They call it Kairos.

Kairos allows the user to not just see a different world, but shape the world to their very will. Perfect for a cult of like-minded individuals. Disastrous when it is exposed to the general public.

As disparate groups of people try to shape the world into their own image, reality itself is placed under threat. With society so divided, is there any way to pull the world back together?

Gwyneth Jones: Gwyneth Jones lives in Brighton with her husband and son. She won the Arthur C. Clarke Award for BOLD AS LOVE; CASTLES MADE OF SAND was shortlisted for the British Science Fiction Award. She is the previous winner of the James Tiptree Memorial Award and two World Fantasy Awards; four of her previous books have been shortlisted for the Arthur C. Clarke Award.She has also won the Pilgrim Award, for lifetime achievement in SF scholarship; the BSFA Short Fiction Award, for 'La Cenerentola'; and, as Ann Halam, the Children of the Night Award from the Dracula Society, for The Fear Man.