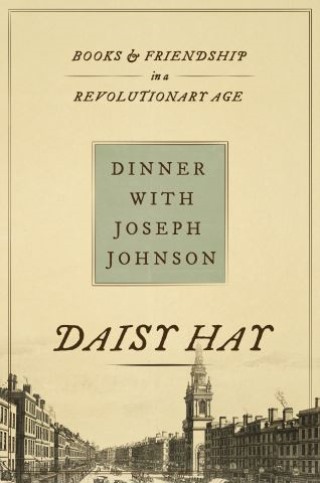 Books and Friendship in a Revolutionary Age

Once a week, in late eighteenth-century London, writers of contrasting politics and personalities gathered around a dining table. The veal and boiled vegetables may have been unappetising but the company was convivial and the conversation brilliant and unpredictable. The host was Joseph Johnson, publisher and bookseller: a man at the heart of literary life. In this book, Daisy Hay paints a remarkable portrait of a revolutionary age through the connected stories of the men and women who wrote it into being, and whose ideas still influence us today.

Johnson’s years as a publisher, 1760 to 1809, witnessed profound political, social, cultural and religious changes—from the American and French revolutions to birth of the Romantic age—and many of his dinner guests and authors were at the center of events. The shifting constellation of extraordinary people at Johnson’s table included William Blake, William Wordsworth, Samuel Taylor Coleridge, Benjamin Franklin, the scientist Joseph Priestly and the Swiss artist Henry Fuseli, as well as a group of extraordinary women—Mary Wollstonecraft, the novelist Maria Edgeworth, and the poet Anna Barbauld. These figures pioneered revolutions in science and medicine, proclaimed the rights of women and children and charted the evolution of Britain’s relationship with America and Europe. As external forces conspired to silence their voices, Johnson made them heard by continuing to publish them, just as his table gave them refuge.

A rich work of biography and cultural history, Dinner with Joseph Johnson is an entertaining and enlightening story of a group of people who left an indelible mark on the modern age.

Daisy Hay: Daisy Hay is an award-winning biographer whose previous books include Young Romantics: The Shelleys, Byron and Other Tangled Lives and Mr. and Mrs. Disraeli: A Strange Romance. She is associate professor of English literature and life writing at the University of Exeter.