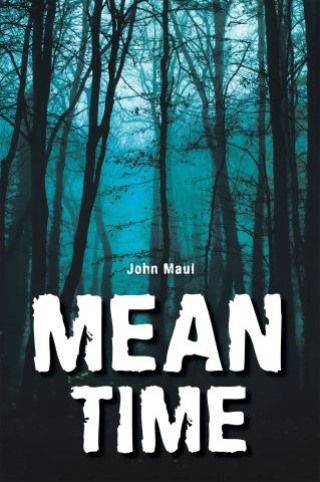 The job of killing Jeffrey DeWitt turns disastrous when Dewitt’s neighbor, Michael Zietz, witnesses the murder. The hit could have been simple, but Adam gets greedy, and tries to control too much. His ego lets him believe he can kill the witness, and then terrorize both families uncontested. He could never imagine that it could be a pregnant woman that would bring him down. Far to the north, Adam’s brother, Noah, has troubles of his own. Mad from poisoned moonshine, Noah begins hallucinating. He kidnaps an old woman, believing she’s his deceased mother. When the imprisoned old woman is joined by a young, local girl, the menacing trapper finds himself outnumbered. Mean Time is a quick-paced, dark thriller, that’s not just a story of two evil brothers, but more a tale of how their spree of terror is ended by three women and an old man.

John is an avid horror/thriller fan who is happily married and semi-retired. Living in the thumb of Michigan, he enjoys the lakes, writing, sculpting and woodworking.