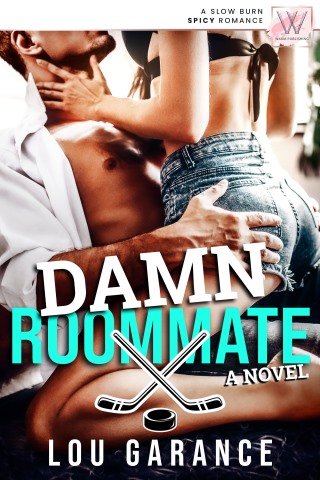 Falling for your brother’s best friend? Not a good idea! Moving in with him? Even worse! When she moves in with her brother’s roommate and his group of friends, Scarlett feels like she’s really in for it. She couldn’t get Nolan Jones out of her head while living thousands of miles away from him, so how could she possibly forget him now that she’s back in Boston? Especially now that she occupies the room right next to his? Yet her lifelong crush gives her no reason to hope. Nolan teases her like she’s his little sister! Scarlett knows she has to accept that he will never see her otherwise. But between the evenings spent challenging each other, the unsettling closeness on the couch and the new spark she sees in Nolan’s eyes, never might be coming sooner rather than later.

Lou Garance: Originally from Normandy, Lou Garance has been living in Paris since the end of her history studies. She’s an avid reader, she started on Wattpad a few years ago for the pleasure of writing, before having the chance to try the adventure of publishing. Books are an integral part of her life and not a day goes by that she doesn’t write or read. She’s always overflowing with ideas, drawing inspiration from everything around her.