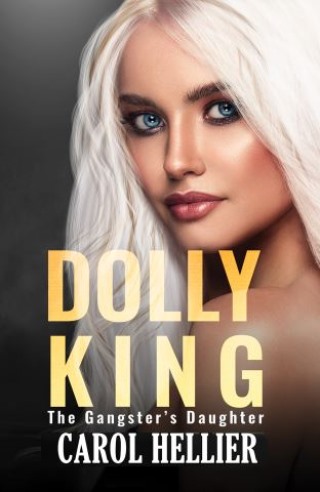 Dolly King is thrown into a world where ruthless men rule; her dad, Michael King being one of them and Tommy Wright, being another. To survive she needs to be as tough as the men, if not tougher. Even though Tommy tries to shield her she rises to the challenge when a back street crook and his tart try to wipe out her dad and frame Tommy. She hunts them down and plans on making them pay in the worst possible way until her dad manages to trick her into leaving the barn so Tommy can mete out the punishment.   Just as things seem to calm down and life is on the up, another enemy strikes leaving Dolly vulnerable and in need of saving. Sometimes it’s those closest to you who you most need to worry about.

Carol Hellier: Carol Hellier was born in Romford, she has lived in many different counties before returning to Essex 27 years ago, where she raised her family. She has been a hairdresser, barmaid, cleaner, and care support worker. Now currently working for the NHS, Carol writes in her spare time. Of all the different jobs she has had, by far the best was being a mother.