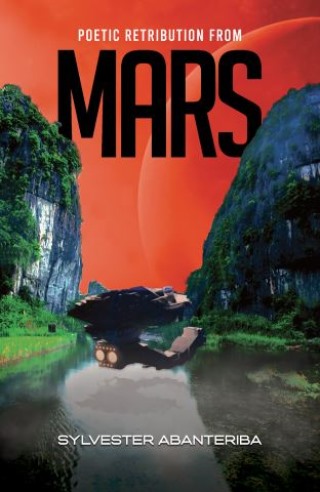 The leadership of a country under an immense pressure from the world community to reform its atrocious political system, decided to send a spaceship loaded with world-renowned scientists to undertake a make believe research programme on the moon for a period of one year. This decoy did not go as planned and the spaceship, which was largely controlled by computers from Earth, could not land on the moon. Unfortunately, an attempt to bring it back to Earth failed when it bounced off the Earth’s atmosphere and proceeded to fly away at an ever-increasing speed. The marooned scientists developed various means of passing the time while they awaited the inevitable death. However, after nearly a year of wandering through the universe the spaceship landed on a planet, which turned out to be Mars but with conditions completely at variance with what is known on Earth about this planet. What the Martians learnt about the socio-political conditions on Earth displeased them enormously. They therefore sent the scientists back with an ultimatum for the world’s leadership, asking Earth to change its ways so that an acceptable interplanetary discourse could be established. The leadership of the world threw down the gauntlet and embarked upon a secret mission to bomb Mars out of existence. This was detected by the Martians and set the two planets on a collision course, with the winner of the encounter not much in doubt.

Sylvester Abanteriba: Sylvester Abanteriba is a world citizen. He was born in Ghana, educated in Europe, and obtained his Doctor of Engineering Degree at the University of Hannover, Germany. After working in Germany for several years, he immigrated to Australia, where he is a Professor of Propulsion Systems at the Royal Melbourne Institute of Technology in Melbourne and conducts lectures and research in engines including aircraft engines and rocket technology. Professor Abanteriba and his Costa Rican wife, Dr. Betty Abanteriba, have two sons: Adama and Agomena. During the course of their undergraduate studies, they met, married, and gave birth to their two sons. The family communicates easily in a multitude of languages: English, German, Romanian, Spanish and Buli. Professor Abanteriba is a man of unusual talent, who is at home writing complex scientific papers or papers on political issues, as well as poetry.