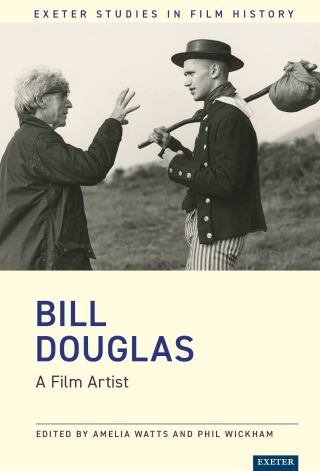 This book examines the work and art of Bill Douglas, thirty years after his death.

Douglas made only a small body of work during his lifetime: The Bill Douglas Trilogy, based on his deprived childhood in Scotland; and Comrades, his epic on the Tolpuddle Martyrs; but he is acknowledged by many as one of Britain’s greatest filmmakers. His films inspire a depth of passion in those that have seen them, and interest in his work has intensified over the years, both within the UK and overseas.

This is the first work to examine Douglas’s life and career through archive material recently made available to researchers. Editors Amelia Watts and Phil Wickham have carefully selected a range of voices—both scholars and practitioners—to reappraise Douglas’s career from a variety of angles. The book raises important questions about Douglas’s status as an artist, and reflects on his struggles within the film industry of the 1970s and 1980s in order to consider the attendant difficulties of working within a collaborative and commercial medium such as cinema. The volume also explores the wider legacy of this film artist, through the collection on moving image history he assembled with Peter Jewell, which became the foundation of the Bill Douglas Cinema Museum. It will appeal to film students and scholars, and the small but committed group of general readers who are interested in Douglas’s work.

The book has a foreword by the renowned filmmaker Mark Cousins, who, like many other contemporary directors, is a great enthusiast for Douglas’s work.