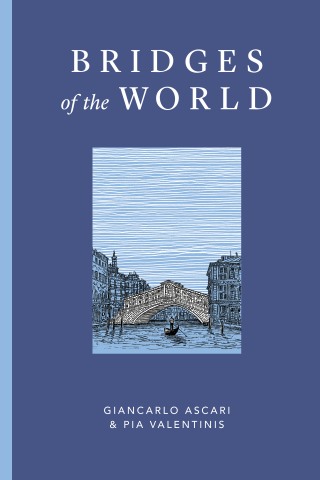 Bridges of the World

Fifty bridges from all over the world to be crossed on foot or with one's imagination.,/p>

Bridges can both link people and cultures, providing access and communication, or divide them. They are both steady and fragile, have architectural style and aesthetic qualities. Many ancient myths even present bridges as passages between faraway worlds. More often than not, a bridge represents the story of a person or persons with a vision and determination to make a change, then pursuing it, despite any obstacles.

This book features fifty bridges of all description: great classics such as the Old Bridge (Wales), the Charles Bridge (Prague) and the Golden Gate (San Francisco) ; a precarious thread stretched between the Twin Towers by an acrobat (New York); treasures destroyed and rebuilt, like the Mostar Bridge (Herzegovina); a streak of frozen snow between the crevasses of a glacier. But it is also a book of stories that accompany these bridges: legends, anecdotes and the inspirational lives of those who designed, built and crossed them.

Giancarlo Ascari, aka Elfo, is an Italian cartoonist and journalist who has illustrated and written for major Italian newspapers and magazines. After earning a degree in Architecture, he started working as a cartoonist in 1977, becoming one of the protagonists of the increasingly popular Italian comic strip scene. In 2015, he and fellow author and illustrator Pia Valentinis formed a creative duo and began publishing books together: The Green Fingers of Monsieur Monet, Yum!, Zip!, Gong! and Lalala!.,