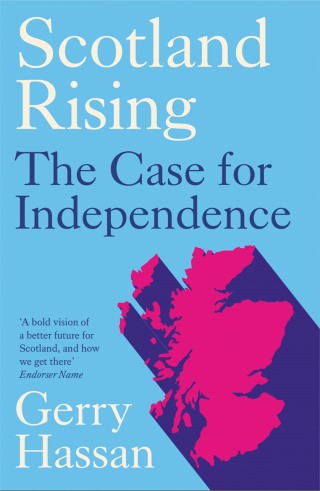 The Case for Independence

The Scottish independence question is one of the pivotal questions facing British politics and the future of the United Kingdom. It is also one of the most contentious and misunderstood.

In Scotland Rising, Gerry Hassan addresses the fundamental questions covering the Scottish independence debate so that people can better understand the case for independence and the nuances, contours and implications for the whole United Kingdom. Looking beyond the merits and shortcomings of the SNP and the Conservative government in Westminster, Hassan tackles the larger driving dynamics of 'the Scottish Question' - a growing desire amongst many Scots for an explicit discussion about society, public policy choices and wider values.

Addressing the constitutional framework, and questions about the role of government and democracy, the nature of the British state, society and capitalism, Scotland Rising makes an urgent and intelligent contribution to one of the defining political questions of our time.

Gerry Hassan is one of the leading commentators on the Scottish independence debate. He is the author of many books, including The Strange Death of Labour Scotland and Scotland the Brave? He has written for the Guardian, OpenDemocracy, Bella Caledonia, The Scotsman, New Statesman and the Irish Times.