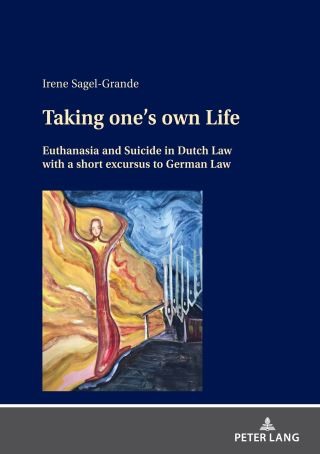 The book describes the historical development of the legislation on euthanasia and suicide in The Netherlands. During the last about 70 years. Part 1 summarizes the development until about 2017. Parts 2 and 3 deal with the period from August 2017 until about the end of February 2022. The book ends when neither in the Netherlands nor in Germany legislation on euthanasia was completed. Presently, in many countries, legislation on euthanasia is discussed, about to be prepared, or there already exist legislative proposals. The aim of the book is to let the Dutch respective public opinions, political ideas, research results, proposals from legal academics, science, and court decisions participate in the international discussion so that in so far comparison can help also to find answers to open questions and satisfying legal regulations.

Irene Sagel-Grande studied German Law, Jurisprudence and Criminology at Hamburg University and took her PhD at Justus Liebig University in Giessen, Germany. From 1973 to 1976 she was attached to Amsterdam University as co- editor of “Justiz und NS- Verbrechen”, a publication of German criminal judgements between 1945 and 1966 on National Socialist culpable homicide.

Then she studied Dutch Law and Criminology at Free University Amsterdam, from where she graduated in 1981.