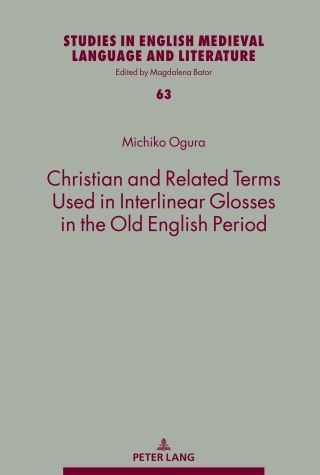 This monograph presents Old English renderings of Christian words found in interlinear glosses, especially the Gospels and the Psalter glosses. Nouns, adjectives, adverbs and verbs in biblical contexts are included through dialectal (Northumbrian, Mercian, and West Saxon) diachronic (early and late West Saxon) and idiolectal (i.e. scribal) comparison. By using interlinear glosses, the correspondence between the original Latin word and the Old English rendering can be recognised more clearly than in ordinary prose, and at the same time, a flexible choice of renderings can be seen in some contexts. The author tries to show which Old English words were chosen as renderings, while some Latin words were accepted without translation.