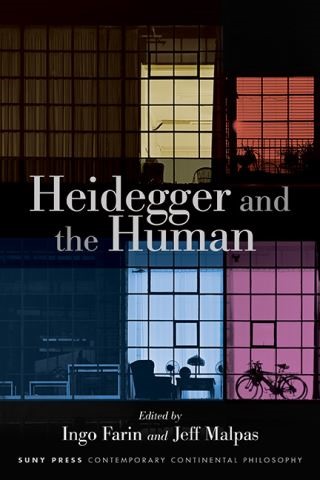 Heidegger and the Human

The human being stands at the center of the humanities and social sciences. In an age that some have dubbed the Anthropocene, this book addresses Heidegger's conception of the human being and its role in the world. Contributors discuss how Heidegger envisages and interprets the human being and what we can learn from his thought. Pluralistic in outlook, this volume covers a broad range of divergent views on Heidegger and his complex conception of the human. A short introductory chapter orients the reader to the significance of the question of the human in Heidegger's works, its topicality, and its relevance for interpreting Heidegger's oeuvre. Chapters are divided into three thematic groups: anthropology and philosophy; human being, otherness, and world; and life, identity, and finitude. This organization facilitates discussions of the systematic interconnection between Heidegger's philosophy and his critical thoughts on anthropology and humanism, as well as his relation to contemporary philosophers and their views on the subject. Various problems in Heidegger's concept of the human are addressed, and moral dimensions and practical imperatives implicit in Heidegger explored in discussions about intersectionality and oppression, the frailty of the human, and the embeddedness of the human being in nature, society, and history.