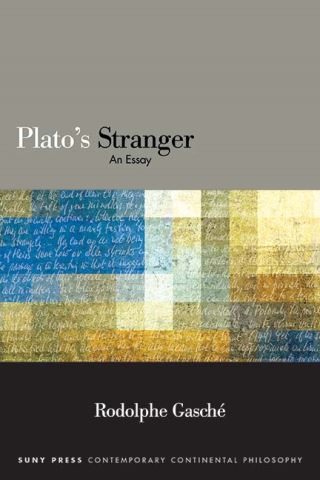 The dramatic introduction in two of Plato's late dialogues—the Sophist and the Statesman, both part of a trilogy that also includes the Theaetetus—of a stranger, the Eleatic Stranger, who replaces Socrates, is a consequential move, especially since it occurs in the context of decidedly new insights into the philosophical logos and life together in a community. The introduction of a radical stranger, a stranger to all native identity, has theoretical implications, and, rather than a rhetorical or merely literary device, is of the order of an argument. Plato's Stranger argues that in these late dialogues, Plato bestows on the West a philosophical and political legacy at the core of which the stranger holds a prominent place because it provides the foreigner—the other—with a previously unheard-of constitutive role in the way thinking, as well as life in community, is understood. What is to be learned from these late dialogues is that, without a constitutive relation to otherness, discursive and political life in a community—in other words, also of the way one relates to oneself—remain lacking.

Rodolphe Gasché: Rodolphe Gasché is SUNY Distinguished Professor and Eugenio Donato Professor of Comparative Literature at the University at Buffalo, State University of New York. His many books include Storytelling: The Destruction of the Inalienable in the Age of the Holocaust, also published by SUNY Press.