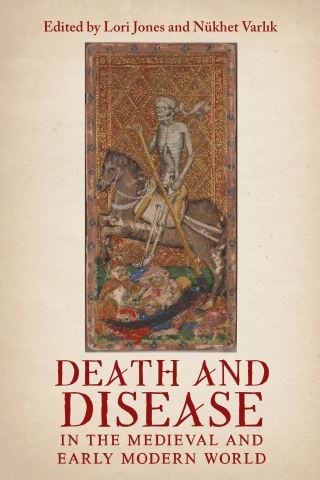 Death and Disease in the Medieval and Early Modern World

Perspectives from across the Mediterranean and Beyond

Across and beyond the pre-modern Mediterranean world, Christian, Islamic and Jewish healing traditions shared inherited medical paradigms containing similar healthy living precepts and attitudes toward body, illness and mortality. Yet, as the chapters collected here demonstrate, customs of diagnosing, explaining and coping with disease and death often diverged with respect to knowledge and practice.
Offering a variety of disciplinary approaches to a broad selection of material emerging from England to the Persian Gulf, the volume reaches across conventional disciplinary and historiographical boundaries. Plague diagnoses in pre-Black Death Arabic medical texts, rare, illustrated phlebotomy instructions for plague patients, and a Jewish plague tract utilising the Torah as medicine reflect critical re-examinations of primary sources long thought to have nothing new to offer. Novel re-interpretations of Giovanni Villani's "New Chronicle", canonisation inquests and saints' lives offer fresh considerations of medieval constructions of epidemics, disabilities, and the interplay between secular and spiritual healing. Cross-disciplinary perspectives recast late medieval post-mortem diagnoses in Milan as a juridical - rather than strictly medical - practice, highlight the aural performativity of the Franciscan deathbed liturgy, explore the long evolution of lapidary treatments for paediatric and obstetric diseases and thrust us into the Ottoman polychromatic sensory world of disease and death. Finally, considerations of the contributions of modern science alongside historical primary sources generates important new ways to understand death and disease in the past. Overall, the contributions juxtapose and interlace similarities and differences in their local and historical contexts, while highlighting and nuancing some of the recent critical advances in scholarship on death and disease - two historiographical subfields long approached separately.