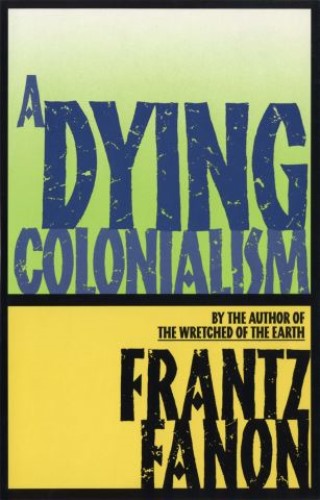 Frantz Fanon's seminal work on anticolonialism and the fifth year of the Algerian Revolution.

Psychiatrist, humanist, revolutionary, Frantz Fanon was one of the great political analysts of our time, the author of such seminal works of modern revolutionary theory as The Wretched of the Earth and Black Skin, White Masks. He has had a profound impact on civil rights, anticolonialism, and black consciousness movements around the world.

A Dying Colonialism is Fanon's incisive and illuminating account of how, during the Algerian Revolution, the people of Algeria changed centuries-old cultural patterns and embraced certain ancient cultural practices long derided by their colonialist oppressors as "primitive," in order to destroy those oppressors. Fanon uses the fifth year of the Algerian Revolution as a point of departure for an explication of the inevitable dynamics of colonial oppression. This is a strong, lucid, and militant book; to read it is to understand why Fanon says that for the colonized, "having a gun is the only chance you still have of giving a meaning to your death."

Praise for A Dying Colonialism

"The writing of Malcolm X or Eldridge Cleaver or Amiri Baraka or the Black Panther leaders reveals how profoundly they have been moved by the thoughts of Frantz Fanon." -The Boston Globe