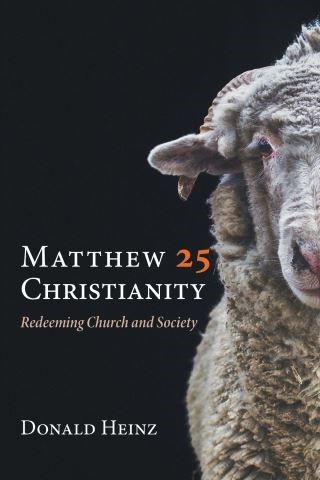 A new movement in American Christianity calls itself "Matthew 25 Christians." It follows a long train of new religious movements founded in a rediscovered biblical text that migrates to a new context and sets the church on a new course. Good news to the poor is Matthew's story, grounded in the entire biblical witness. In Jesus's famous last judgment story all the world is questioned whether they saw Christ, the king enthroned by way of the cross, in the least of these--the poor, the homeless, the hungry, the sick, the imprisoned. Are the "corporal works of mercy" Jesus requires to become new marks of the church in our times? Is Matthew 25 the new John 3:16, a new sign to be held up to the world at football games? Following this new social gospel comes another question. Will the American church succeed in "taking this public" as a new errand into the wilderness? Could the nonconforming resistance movement that is Christianity find a new voice in the public square, collaborate with the academy and politicians, and turn Matthew's call for social justice into a new deal for social democracy? A "Bonhoeffer moment" in perilous times for the poor calls for no less.

Donald Heinz: Donald Heinz is Professor of Religious Studies emeritus at California State University, Chico, and a Lutheran minister. His teaching and research are in biblical studies, Christian ethics, and the sociology of religion as contested public space. His last book was After Trump: Achieving a New Social Gospel (Cascade, 2020).