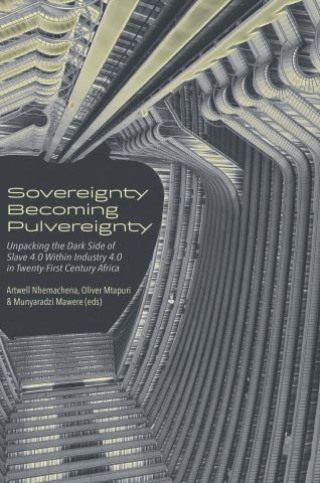 Unpacking the Dark Side of Slave 4.0 Within Industry 4.0 in Twenty-First Century Africa

This book delves into the topical issue of the future of humanity and of being African in a world increasingly subjected to the power of technology and the dominance of a mercilessly self-absolved global elite. A slave is not only someone who is materially impoverished but also someone who is deprived of autonomy and sovereignty in the sense of being physically or virtually chained or shackled to human and nonhuman networks that negate the essence of the "I" or the "self". Discoursing the neologism slave 4.0 with the ongoing 21st century revolutions designed to create flat ontologies, this book argues that the world is witnessing not only the emergence of industry 4.0 but also the concomitant emergence of slave 4.0. Whereas historically, Africans were physically captured and transported across the Atlantic Ocean, minds of twenty-first century Africans are set to be nanotechnologically scanned, captured and transferred to the metaverse where they will neither own natural resources nor biologically reproduce. The book is handy for scholars in sociology, anthropology, political science, government studies, development studies, digital humanities, environmental studies, religious studies, theology, missiology, science and technology studies.