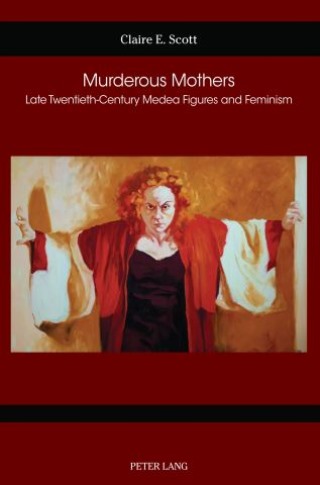 «Murderous Mothers is both an homage to and a critical reflection on the multiple Medea figures that populate late twentieth-century German literature. Claire Scott artfully demonstrates how feminist politics and women’s issues – from abstract questions about the power of women’s bodies and voices, to concrete matters like abortion and sexual violence – speak through this ancient myth, transforming it into something vital and urgent. Scott’s own voice is crystal clear throughout, which allows the layers of productive critique to shine through. With its sophisticated literary analyses, its deep engagement with feminist and postcolonial theory, and its lucid and accessible style, Murderous Mothers will interest and provoke a range of readers and critics.» (Kata Gellen, Duke University)

«Murderous Mothers explores the ambiguities of literary Medea adaptations in beautifully written, engaging prose. For anyone interested in the aesthetics and politics of contemporary literature, this book offers brilliant examples of how literary adaptations of classical myths can contribute to contemporary political discourses on motherhood, reproductive rights, gender, and rage.» (Maria Stehle, University of Tennessee, Knoxville)

This book explores German-language Medea adaptations from the late twentieth century and their relationship to feminist theory and politics. Close readings of novels and plays by Ursula Haas, Christa Wolf, Dagmar Nick, Dea Loher, and Elfriede Jelinek reveal the promise and the pitfalls of using gendered depictions of violence to process inequity and oppression. The figure of Medea has been called many things: a witch, a barbarian, a monster, a goddess, a feminist heroine, a healer, and, finally, a murderous mother. This book considers Medea in all her complexity, thereby reframing our understanding of identity as it relates to feminism and to mythological storytelling.

This book project was the Joint Winner of the 2020 Peter Lang Young Scholars Competition for German Studies in America.

Claire E. Scott is currently Senior Lecturer in German Language in the Department of German, Russian, and East European Studies at Vanderbilt University. She received her PhD in 2017 from the Carolina-Duke Graduate Program in German Studies, with a Certificate in Feminist Studies from Duke University. Scott has published and presented on a wide range of topics in twentieth- and twenty-first-century German culture. Their research interests include gender and sexuality studies, film studies, melodrama, affect theory, and narratology.