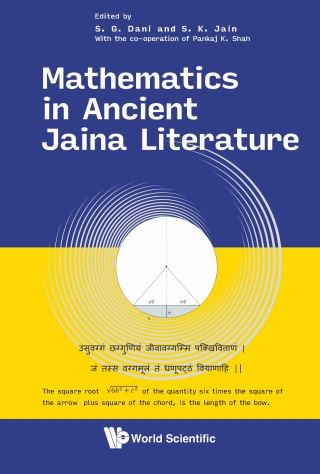 The volume contains selected articles presented in the ZOOM conference on History of Mathematics in Jain Literature, December 2020, and also contains articles invited by the editors on specific topics.

The main objective for the conference was to bring to the attention of historians in mathematics that there is a plenty of literature written by monks and scholars in Jaina literature that contains elements of arithmetic, algebra and geometry, independent of discoveries by other cultures in the past. The talks and the discussions at the conference highlighted a need for a volume that can be recommended as a reference book for a course on History of Mathematics in the Departments of Mathematics and Education in colleges and universities. This is our hope that the present volume would fill up the gap on the lack of knowledge of past Jaina contributions.

Readership: Students and research scholars in History of Mathematics.