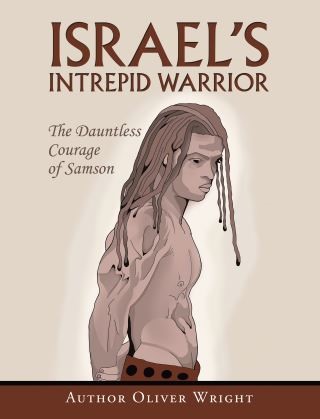 The Dauntless Courage of Samson

Israel’s Intrepid Warrior: The Dauntless Courage of Samson is a distinctively powerful and suspenseful narrative on Samson. At this time, because of Israel’s disobedience, God had allowed this nation to be mightily chastised by the Philistines. However, when they turned from their sins and asked Him for help, His incomparable compassion responded quickly. God called Samson and equipped him with supernatural strength. This narrative dramatically shows, in graphic scenery, how this strongman single-handedly delivered Israel from the domination of the Philistines. And with his display of supernatural strength, he became the one and only real life superman. As the Spirit of God moved upon Samson, his heart was stirred to travel to the land of the Philistines, for he was in great admiration of the Philistine women. And he met several women. But this was God’s way of agitating the Philistines to begin the deliverance of Israel. Finally, Samson met a young maiden named Delilah. And his deep love for her became his downfall. And with her deceitful seduction, she enticed him relentlessly, that he told her the secret of his great strength. Then, she betrayed him to the lords of the Philistines. Samson was captured by the Philistines and used a beast of burden. At last, he was placed between two pillars of the temple to perform. But he turned to the Lord and prayed. And God heard his prayer and restored his strength. Quickly, Samson took hold of the two pillars and pushed until the temple came crashing down killing more enemies of the Philistines than he had killed in all his life. And he killed all of the lords of the Philistines.