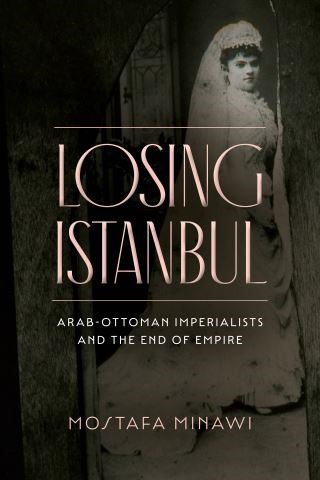 Arab-Ottoman Imperialists and the End of Empire

Losing Istanbul offers an intimate history of empire, following the rise and fall of a generation of Arab-Ottoman imperialists living in Istanbul. Mostafa Minawi shows how these men and women negotiated their loyalties and guarded their privileges through a microhistorical study of the changing social, political, and cultural currents between 1878 and the First World War. He narrates lives lived in these turbulent times—the joys and fears, triumphs and losses, pride and prejudices—while focusing on the complex dynamics of ethnicity and race in an increasingly Turco-centric imperial capital.

Drawing on archival records, newspaper articles, travelogues, personal letters, diaries, photos, and interviews, Minawi shows how the loyalties of these imperialists were questioned and their ethnic identification weaponized. As the once diverse empire comes to an end, they are forced to give up their home in the imperial capital. An alternative history of the last four decades of the Ottoman Empire, Losing Istanbul frames global pivotal events through the experiences of Arab-Ottoman imperial loyalists who called Istanbul home, on the eve of a vanishing imperial world order.

Mostafa Minawi: Mostafa Minawi is Associate Professor of History at Cornell University. He is the author of The Ottoman Scramble for Africa: Empire and Diplomacy in the Sahara and the Hijaz (Stanford, 2016).