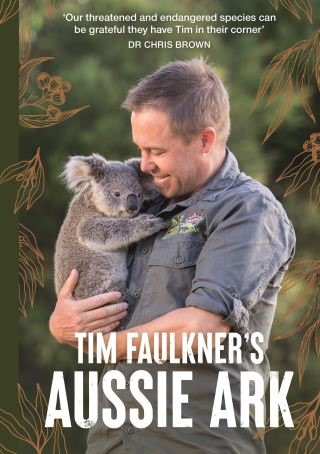 From the time he was old enough to focus on an object, Tim Faulkner has had his eyes glued on things that slither, climb, claw, wrap, shake, hop and burrow. Over the past twenty years, Tim Faulkner's wild life has included relocating a male crocodile in an effort to increase his chances of getting lucky; extracting venom from some of the world's most deadly snakes and spiders; filming TV shows broadcast in over 170 territories worldwide; establishing and rewilding a breeding population of Tasmanian devils on the mainland; building conservation organisations such as Aussie Ark from scratch; co-owning the Australian Reptile Park; and rescuing rare turtles and other wildlife after the 2019-20 Black Summer bushfires. There is a powerful motivation behind his decision to share stories and lessons from his remarkable life in animal conservation. Tim is passionately committed to raising our awareness of the catastrophic situation facing Australia's unique animals and ecology. This country has the worst mammal and plant extinction rate on earth, and 1 in 3 of our native mammals are at imminent risk of disappearing forever. With help from supporters including Leonardo DiCaprio, Naomi Watts, Zac Efron, Chris Hemsworth, Shania Twain, Adrian Grenier, and Gretel and Roslyn Packer, Tim Faulkner is on a mission to save Australia's threatened wildlife and restore its unique biodiversity. And he wants all his fellow Aussies to join him in the fight.

Tim Faulkner: Tim Faulkner is general manager and head of conservation at Australian Reptile Park in Somersby, NSW. He is also CEO of the Aussie Ark, Barrington Tops, NSW; a charitable organisation focused on creating a long-term future for threatened Australian species, it was originally established to house and breed an insurance population of Tasmanian devils to protect them from extinction. In 2012, Tim began to appear regularly on reality TV program Bondi Vet and later starred in his own shows, The Wild Life of Tim Faulkner and Outback Adventures with Tim Faulkner. Tim won the Australian Geographic Australian Conservationist of the Year award in 2015. His dedication to conservation extends to being a personal ambassador and activist on behalf of several Australian animals. In 2015 he became a patron for the Great Koala National Park on the NSW North Coast, and he is also an ambassador for the quokka and the Australian Dingo Coalition. Tim is married to Lizzy and they have two sons, Billy and Matty.