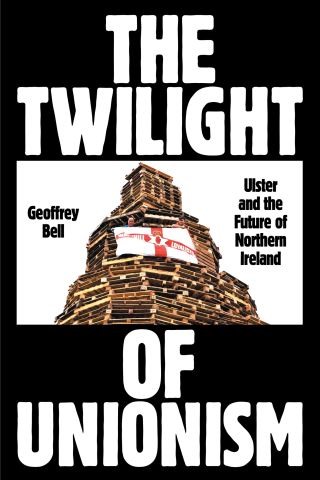 The Twilight of Unionism

Ulster and the Future of Northern Ireland

The fissures that have split the United Kingdom in the last decades have run through Northern Ireland. Since the 1998 Good Friday Agreement, the fragile peace has been threatened by Brexit, the rise and fall of the D U P and the failure of power-sharing arrangement between the main parties at the Stormont Assembly. As the very future of Northern Ireland is now in jeopardy, will Britain face up to its imperial legacy and address the deep inequalities that remain in the aftermath of the Troubles, and the uneven development of the 'New Ireland'?

Geoffrey Bell offers an insightful history of Ulster Unionism from the 1960s to the present day. In recent years this has come to a crisis point. What is the future of the Union in the post-Brexit reality? How will the relationship between Northern Ireland and Westminster develop? Can the United Kingdom survive?